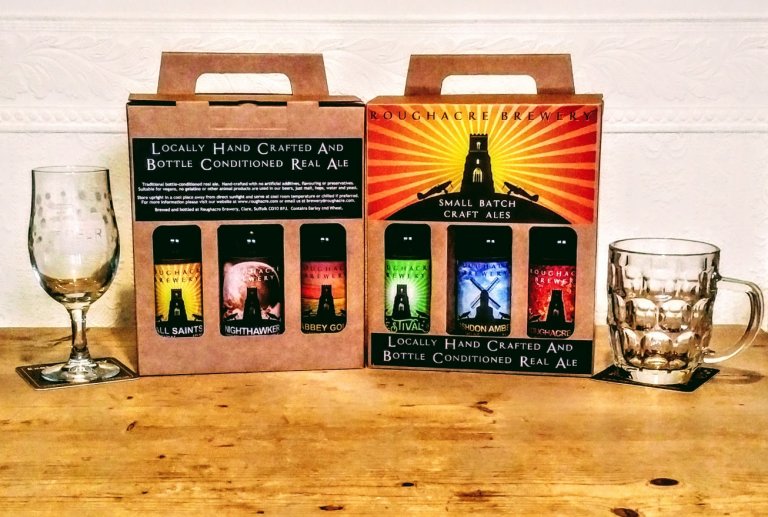 Wednesday, 17 February saw over 30 members and guests log in for our online AGM but we were well aware that the real draw was the prospect of the Roughacre Brewery beer tasting that was to follow.
The tasting was organised by Dan our Pubs' Officer and we were hosted by Sarah and Mark from Roughacre Brewery, a specialist in small-batch brewing which has recently relocated to Clare from its home in Castle Camps; where it was established in 2018.
There were 23 CAMRA Branch tasters, scoring for four Roughacre beers and then two more Roughacre beers, which were additional to the tasting, as not everyone had both of these beers.
Beers were scored a maximum of five points, in five categories

Aroma - Appearance - Taste = Finish - Overall
and reported by each taster on ZOOM chat.

Sarah and Mark interspersed the tasting notes for each beer with an interesting commentary on the brewery’s evolution, their current set up and the challenges of relocation, and their vision for the future.

It was really interesting to hear straight from the brewers how they make the decisions in the brewing process, such as which hops to use and what styles of beer to concentrate on. And also good to learn how their different taste preferences mean they explore a wider range of styles, rather than sticking to what one person likes.

From the feedback we’ve received, everyone had a thoroughl;y enjoyable evening. Our thanks to Sarah and Mark for being such great hosts.

Here are some of the comments:
"Really enjoyed the tasting, thank you."
"First ever visit to a CAMRA meeting, despite being a member for 20 years! Really enjoyed the beer tasting."
"A varied style of beers made it a very enjoyable evening, I will take part again"

This is the first time we have hosted an online tasting event, and indeed an online AGM, and given the success, we will be looking to do more of the same while Lockdown keeps us away from the social environment of the pub. Watch this space.

If you are a brewer and would like to host a similar event with us, please get in touch ku.gro.armac.kloffustsew@reciffo_sbup